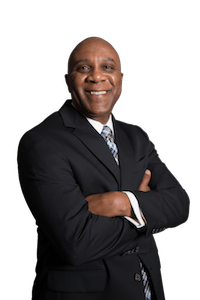 Michael Williams has represented injured people in Mississippi for over thirty years, including state and federal court Plaintiffs, and hundreds of Claimants before the Mississippi Worker's Compensation Commission. Michael has also handled over a thousand consumer bankruptcy cases.

Michael Williams was reared in rural Hinds County, Mississippi in the Utica area. He attended Millsaps College and Tulane University Law School. He is admitted to practice law in all Mississippi state courts, including the Mississippi Supreme Court. He is also admitted to the Northern and Southern District Federal Courts of Mississippi, and the United States Court of Appeals for the Fifth Circuit.

Michael co-founded Davis & Williams PLLC in 1989. Michael is actively involved in numerous community and legal organizations. Michael has been a speaker at the annual Mississippi Worker's Compensation Educational Conference, and at the Magnolia Bar Association Annual Conference.

Contact Us
Practice Areas
Client Reviews
★★★★★
The services that the firm provided during my bankruptcy case was outstanding. L Moore
★★★★★
Your firm did a great job in handling my case. I will definitely refer my friends to your firm. Jennifer H
★★★★★
Your firm reduced my stress. I have no complaints. Thank you so much Sandra P
★★★★★
When I was forced to file bankruptcy. Your firm turned a stressful situation into a great experience. I am forever grateful. L Miles
★★★★★
You did an outstanding job of representing me. I was afraid I was going to lose everything. However, the bankruptcy restored my peace. Thank you so much. T Coleman
View More
Submit a Law Firm Client Review