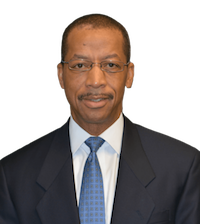 Gregory is a co-founding member of the firm. Gregory left in 2012 to serve as United States Attorney for the Southern District of Mississippi. President Barack Obama nominated him to the position where he served from 2012 to 2017. During his time as U.S. Attorney, he focused his office’s efforts on preventing violent crime, protecting civil rights, tackling Mississippi’s prescription drug and heroin crisis, prosecuting corrupt public officials, and engaging our youth on the dangers of drugs, violence and gangs.

Over the years, he has represented hundreds of clients from every walk of life. Gregory had experience on both sides of the docket. He has represented both individuals as well as Corporations as either plaintiffs or defendants in litigation cases. His representation of diverse parties provide him a unique perspective regarding the competing interest of parties which must be addressed to resolve any lawsuit.

Gregory was born in Tuskegee, Alabama and grew up in Utica, Mississippi. After graduating from Hinds County A.H.S., he attended Mississippi State University where he received his B.S. degree in Chemical Engineering. He is a graduate of Tulane Law School.

Gregory is a member of New Hope Baptist Church and resides in Jackson with his wife and three children. He enjoys being with his family, playing golf, traveling, listening to music, attending sporting events, and exercising.

Gregory is an experienced litigator and focuses his practice on automobile and trucking collision cases, personal injury cases, and bankruptcy matters.

Contact Us
Practice Areas
Client Reviews
★★★★★
The services that the firm provided during my bankruptcy case was outstanding. L Moore
★★★★★
Your firm did a great job in handling my case. I will definitely refer my friends to your firm. Jennifer H
★★★★★
Your firm reduced my stress. I have no complaints. Thank you so much Sandra P
★★★★★
When I was forced to file bankruptcy. Your firm turned a stressful situation into a great experience. I am forever grateful. L Miles
★★★★★
You did an outstanding job of representing me. I was afraid I was going to lose everything. However, the bankruptcy restored my peace. Thank you so much. T Coleman
View More
Submit a Law Firm Client Review